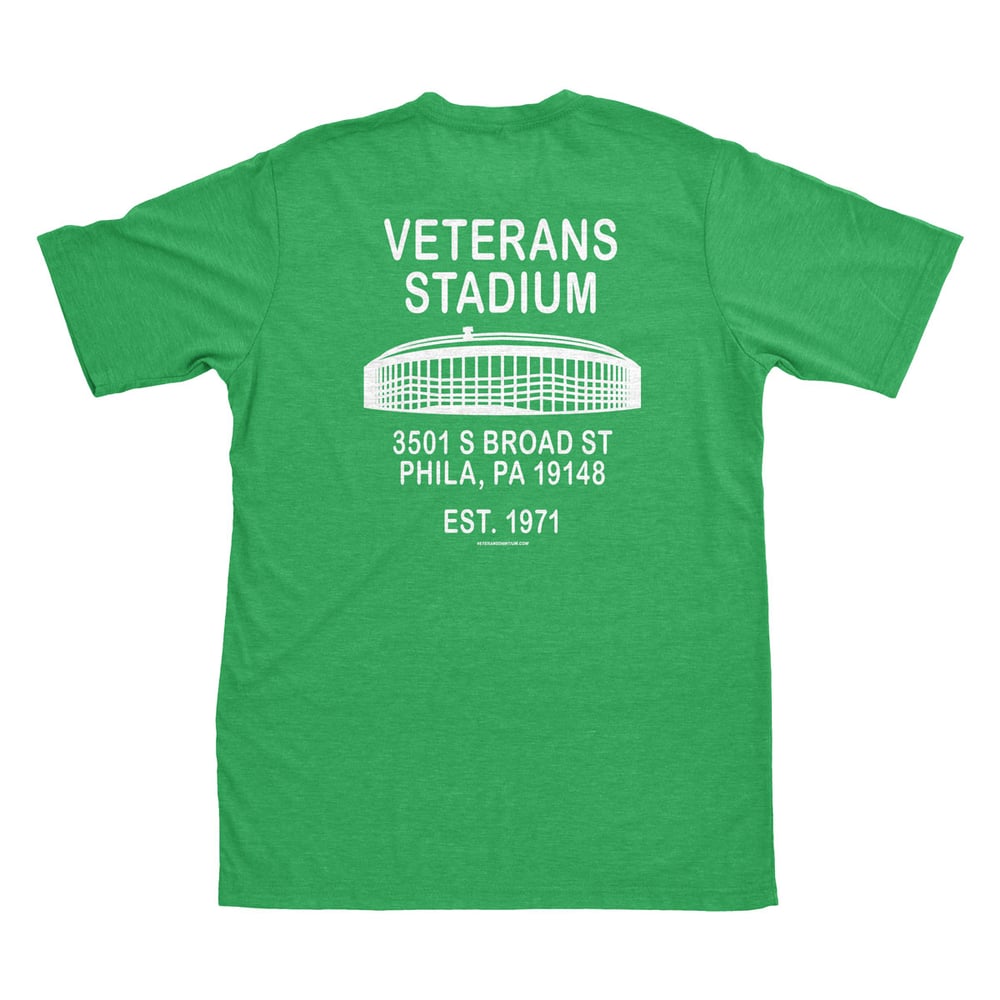 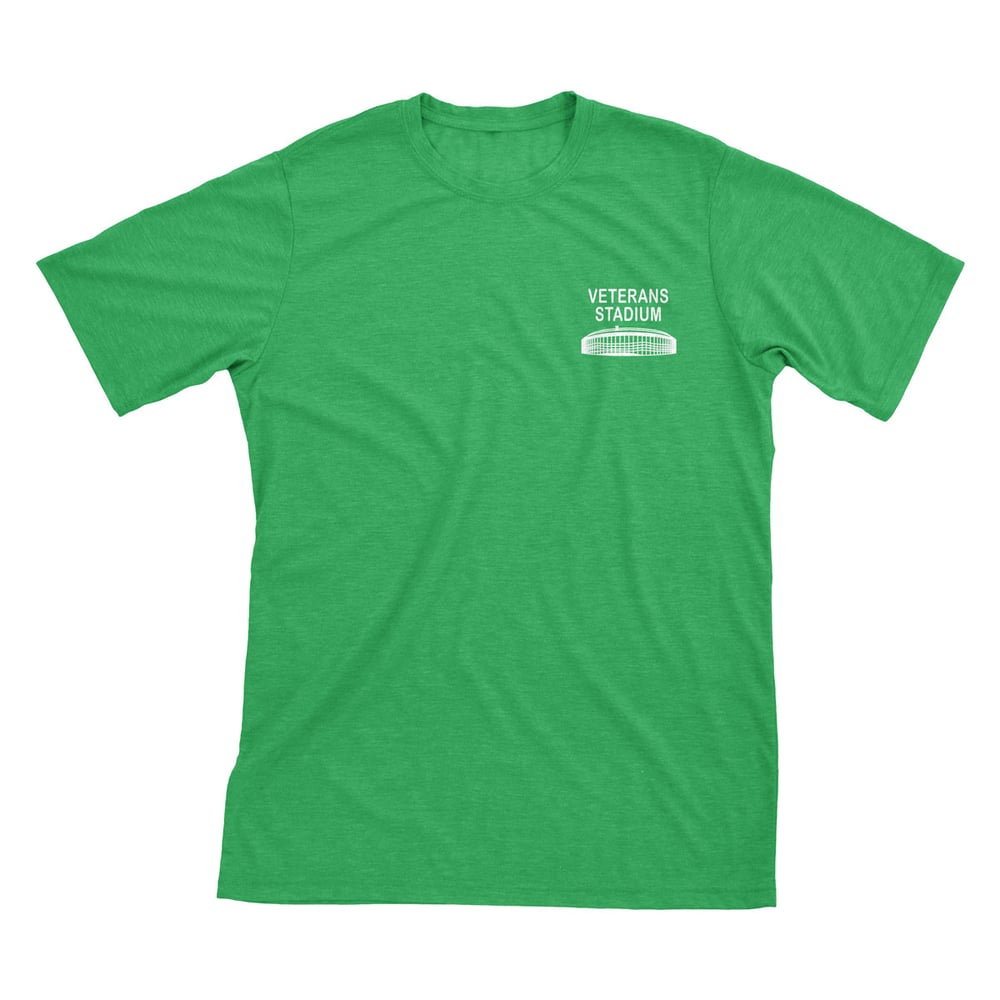 Veterans Stadium was a multi-purpose stadium located at the northeast corner of Broad Street and Pattison Avenue, in Philadelphia, as part of the South Philadelphia Sports Complex. The listed seating capacities in 1971 were 65,358 seats for football, and 56,371 for baseball.

It hosted the NFL's Philadelphia Eagles from 1971 to January 2003 and the National League's Philadelphia Phillies baseball team from 1971 to 2003. The 1976 and 1996 Major League Baseball All-Star Games were held at the venue. The Vet also hosted the annual Army-Navy football game seventeen times: first in 1980, and last in 2001.

In addition to professional baseball and football, the stadium hosted other amateur and professional sports, large entertainment events, and other civic affairs. With the construction of the adjacent Citizens Bank Park, Veterans Stadium was demolished in March 2004, and a parking lot now sits on its former site.

Celebrate Philadelphia's sports past, with this super-comfortable, vintage-inspired t-shirt.